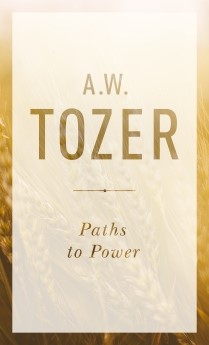 PATHS TO POWER: LIVING IN THE SPIRIT'S FULLNESS

Speaking of apathy toward obedience, A. W. Tozer says, “Until this is corrected, we can hope for very little power in our churches…”

Paths to Power points Christians and churches to the age-old way of obedience, the only road to revival. Delivering a charge to weak churches, A. W. Tozer calls us to rise up, gather the wood, and ascend the mountain. Abraham believed God, and it was credited to him as righteousness. But His belief cost him something. Does ours?